A Member of The British and International Federation of Festivals

We are proud to be a member of The British and International Federation of Festivals. More information here.

On Monday 24 October 1921 at 5.00pm, a meeting, chaired by Major TCH Dickson was held in the Committee Room of the Parochial Hall.The purpose of the meeting was to progress the realisation of Mrs Brown and Mrs Neill’s ambition…and so, the beginning, of what was then called,‘Dungannon Musical Festival Association.’ was founded with Lady Ranfurly being elected for President. 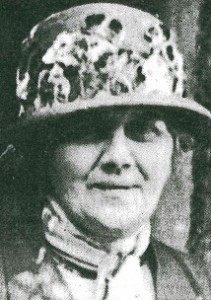 1922 The first festival was held in the Parochial Hall in May and lasted one and a half days. According to an extract from the Tyrone Courier, ‘it was highly gratifying’.

The programme was dominated greatly by choral entries and indeed Union Place P.E.S. choir, trained by Mr and Mrs Simpson, won many prizes for their excellence – choirs popped up from everywhere…..village choirs, school choirs, church choirs , ladies’ choirs and if the school didn’t have anyone to train a choir, Mrs Brown came to the rescue and trained them herself!

1923 Until 1926 there were only music classes until a meeting of the executive committee on 7 October 1924 whereby Revd. Canon McEndoo proposed that Elocution classes should be included in the following year’s programme. The Festival now lasted three days.

1925 Verse-Speaking in the form of Elocution Classes (Tyrone Guthrie /first adjudicator)was introduced which increased the duration of the festival to four days. The Time Table for the programme of 1926 read:
Tuesday 4 May – Elocution Competitions
Wednesday 5 May – Adult Competitions (Music)
Thursday 6 May – Junior competitions (Music)
Friday 7 May – Children’s Day (Music)

As recorded in the annual report, the number of entries had risen to 220, as against 150 the previous year.

1928 The Festival changed its venue to John Street Hall .

1929 The Festival was tinged with sadness by the death of one of the Co-founders, Mrs Neill.

1934 Drama classes were introduced and held in St Patrick’s Hall (£10 for use of hall). Miss Queenie Virtue was elected for secretary of the Drama.

1939….WAR DECLARED….FESTIVAL CANCELLED A non-competitive Drama Festival took place in March and a music day was held in May.

1940 Hall was requisitioned by Military and all trophies and shields were recalled to be stored in the Provincial Bank for safe-keeping.

1945 First Post-war Festival held in the Castle Cinema and a new committee was appointed.

1947 A donation of 10 guineas was given to the Scouts Association for the use of John Street Hall.

1948 At a general meeting in Dickie’s Café, Market square, Dungannon it was agreed to change the name of the Festival to ‘ Dungannon Music & Drama Festival Association’.

1949 The Cups in the Provincial Bank were reviewed, some were re-plated, engraved

1951 Ballet classes introduced and prove very successful. Over 600 people attended the prize-winners’ concert. This huge increase was probably due to the prize-winners having their fare paid by the Association.

1952 Festival venue changed back to John Street Hall. Words of poems were printed in the programmes which now cost 1/6.

1953 The Committee members stood for one minute silence after being informed of the death of Co-founder Mrs Brown. Mrs Moran, the Music secretary purchased a piano stool as agreed by the committee as previous to this Major Burgess had loaned his for use at the festival. Also it was decided that competitors had to submit their date of birth with their entry as at 31 March.
It was decided not to continue printing the words of songs/poems in the programmes due to the cost of the royalties. Miss Coe resigns as verse-speaking secretary and Miss Pearl Dowd is elected. A Ballet cup is presented for the most promising competitor.

1959 Mrs Long the Ballet teacher dies and so ended the ballet classes at the festival.

1961 Mrs Acheson from Castlecaulfield is elected President. A deficit of £11 on the years’ working raised the question as to the feasibility of the festival continuing……

1968 Mr and Mrs T A Dickson kindly provide hospitality for adjudicators (as opposed to The Northland Arms in the early days).

1973 Accounts showed a deficit of £67.90. Committee meetings now held in Royal School(by kind permission). Membership was very low and Mrs Whiteside worked to increase it. Application was made to SELB and Council for grants. Verse-Speaking entries showed an increase but music was down……was television threatening our culture!!

1977 Miss Leith resigned as President and Mr Halliday was her successor.

1982 Mrs T A Dickson elected for President. Grant received from the George Cadbury Trust. Entries increased to 478 in Verse-speaking and 519 in Music. Many school choirs were participating.

1983 Dungannon District Council agreed to give a further grant.

1988 The Association decide to award three Bursaries ( 1x piano and 2 x vocal), intended to further the musical education of the winner. Bursary account stands at £1,037. Mr Courtney resigns from the Executive Committee. The Probus Club are invited to help with festival stewarding.

1991 The Chairman, Miss Pearl Dowd paid tribute to three men who had contributed so much to the Association – Mr J Crook, Mr W Courtney and Mr W E Halliday.

1995 Committee, on learning of the death of the Treasurer, Mr W Kennedy, stand for a minute’s silence.

1995 Mrs Edith Kennedy presented a cup for the Toddler’s class in memory of her Late husband.

1995 Crisps, donated annually by member of Association are given to each competitor in the Toddler’s class.

1996 Seventy-fifth Anniversary Celebrations include a Festival Dinner in Inn on the Park Hotel (£15 per person) and a Souvenir programme (£1), in which the President Mrs Hilda Robinson wrote a Foreword and the Chairman Miss Dowd wrote an outline of the milestone events during the seventy-five years the Festival has been in existence.

2003 – Two special display stands for the cups. This year the cups and awards were beautifully displayed thanks to Mr Ronnie Forbes (Entries Secretary)for making the stands and to Miss M E Macbeth (Vice-Chairman)who made the superbly ornate Royal Blue with Silver fringed and appliqué coverings for each stand.

2003 Sapphire Bronze Statuette presented for the new Sacred Solo Class by Heather Patterson-Zeitouni in recognition of her daughter Sapphire’s festival successes and her late father’s love of sacred music.

2011 Mr Robert Eitel designs a web site for the Festival (dungannonfestival.com) together with festival news via Facebook.

CONSTITUTION
1. That this Association shall be called “THE DUNGANNON MUSIC AND DRAMA FESTIVAL
ASSOCIATION”.
2. The Association has been formed for the following purposes;
(a) To promote the study and cultivation of Music, Drama and Verse Speaking in
Dungannon and surrounding areas.
(b) To hold an Annual Festival consisting of Non-Competitive and Competitive
classes in Music, Drama and Verse Speaking.
3. Membership of the Association is granted each year only to those individuals who pay
the Annual Membership Fee, at the appropriate rate as determined in General
Meeting.
4. Every member shall have a vote at the General Meeting and shall be entitled to free
admission to all competitions held during the Annual Festival.
5. GENERAL MEETINGS
5. ( a ) There shall be at least one General Meeting of members every year to conduct of
the following business
(i) To receive and adopt Officers reports.
(ii) To determine the Annual Membership Fee
(iii) The Election of Officers, General Committee and Trustees
(iv) To transact any other General business
(v) To set the date of the next General Meeting. Later notification of this
date to members is not required.
5. ( b ) An Extraordinary General Meeting or a Special General Meeting may be called by
any member at any time. The requisition for such a meeting must be submitted in writing
to the Chairman and signed by at least 10 members. The requisition must state the
business of the meeting. Within 14 days of receipt of the requisition ( unless it is
withdrawn or postponed), the Chairman must agree a date with the proposers & send a
notice by email to all members at least 21 days before the meeting date.
5. ( c ) Ten members, excluding the Chairman, to form a quorum at any General meeting.
5. ( d ) All motions and resolutions will be carried by simple majority vote, with the
Chairman having the casting vote.
– 2 –
6. OFFICERS, GENERAL COMMITTEE and EXECUTIVE COMMITTEE
6. ( a ) OFFICERS shall consist of the Chairman, Music Secretary, Verse Speaking Secretary
and Treasurer.
6. ( b ) The GENERAL COMMITTEE shall consist of not more than thirty members in
addition to the office holders.
6. ( c ) The GENERAL COMMITTEE shall appoint, from among its number, members who
together with the office bearers shall form an EXECUTIVE COMMITTEE of twelve with
power to co-opt.
6. ( d ) The EXECUTIVE COMMITTEE shall have charge of all matters not specially reserved
for the General Meeting and shall have power to appoint Sub Committees and to make
Bye-Laws.
6. ( e ) Five members of the EXECUTIVE COMMITTEE to form a quorum.
7. TRUSTEES
7. ( a ) There shall be a minimum of three Trustees appointed to oversee the conduct and
good governance of the Association.
7. ( b ) The signatures of any two of the Trustees shall be sufficient to execute, on behalf
of the Association, any regulatory or legal document required by law.
7. ( c ) A Trustee must be a member of the Association and shall be appointed for a period
of five years. Retiring trustees may offer themselves for re-election.
7. ( d ) A Trustee may resign at any time by notifying the Chairman in writing.
7. ( e ) A Trustee may be removed by a resolution carried at a General Meeting.
7. ( f ) A Trustee cannot be an Office holder.
8. No change shall be made in the Constitution except at a General Meeting. A copy of
any proposed alteration, signed by the Proposer and a Seconder, must be sent to the
Chairman by the persons requesting it, at least twenty-one days before the date of the
General Meeting, and a copy of same shall be sent by email to each member, at least
seven days before the date of the General Meeting.
This Constitution was adopted by Resolution at the Annual General Meeting on 4th May 2016